We’d appreciate if you’d take a few minutes to explain where we went wrong. Providing us this feedback can allow us the chance to make it right or at least have some insight as to where we can improve with our services in the future.

Leave Us A Review 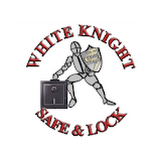 Denise Nirschl
Verified
Nothing but good things to say!!! Best locksmith I've ever used hands down! The price was right, no problems working and it's was quick! It always sucks to lose keys she made it not so stressful!

Colton Barton
Verified
Prices are reasonable and lower than most other companies for the less labor intensive jobs. We were in a pinch and needed same day service. They came out and repaired our business door and didn't take advantage of the Same day need by overcharging. We use them everytime we need lock changes.

Sara
Verified
My roommate's key got stuck in our front door at 8pm. I never had to call a locksmith before so I called the first closest locksmith to our house thinking all locksmiths were the same. I didn't know yet at the time but I was soon about to discover that not all locksmiths are created equal. The first company who showed up to help me spent two hours here and then charged me 400 dollars and maybe I'm being naive but for 400 dollars I was assuming the new door handles he put on would also be able to lock...or at least shut the door all the way. I don't want to spend much time talking about that company (but I will review them after I do this one), but the next day I called my mom really frustrated about the way the other company had left the door and how we had to sleep with the front door not being able to lock or shut all the way, even after the guy came back for another 4 hours the following day. My mom told me to send the video I took of the terrible lock job and send it to White Knight, so I did. I didn't have the highest of hopes strictly because the other locksmith really wore me out but when they showed up that night at 9pm (the time we agreed on), I was already impressed (the other locksmith kept telling me times he would be here and was constantly late, by hours). Teresa and Dan were the lovely people who came over to help me with my lock. I believe they were here maybe 30 minutes and I had a very secure lock when they left. They charged 200 dollars and it was well deserved. The locks in the picture might look "boring" but if you saw the jiggly jangly shoddy handles the other guy left on our door after his "complete" job, you'd be impressed too. :) I highly recommend White Knight.

John F
Verified
I would highly recommend this company if you need any locksmith service. They made a replacement barrel key for my mailbox and it didn't fit when I tried it at home. I let them know and they came to my house the same day and modified the key. Now it is perfect and they did not charge me extra for the house call.

Jessica Hebert
Verified
Very nice and knowledgeable. Work fast and there gaurd kitties kept me occupied while I waiting would definitely recommend

Rachel Mehrlich
Verified
All I needed was a car key copied but no other place would do it without making a whole new key and a new fob, which I didn't need. I had an uncut key and fob shell and just needed the guts taken out of my original and put into the new fob and the key cut. She got it done very quickly and efficiently and for way less than I would have been charged elsewhere. I would definitely recommend, plus there was 2 cute cats there!

White Knight is ESSENTIAL!
As a security professional, White Knight Safe & Lock is an essential service to our customers and our community. We provide security & peace of mind during this period of time. We take every precaution to keep ourselves, and the community safe. We sanitize each and every worksite before and after every service call. We promote social distancing on all service calls keeping the recommended minimum of 6 feet separation. 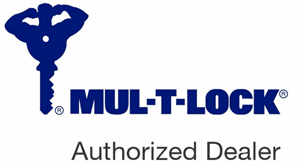